I have had some pretty weird stuff happen to me, as you can probably tell from prior posts in my blog. Here is yet another one that makes me shake my head in disbelief. Be a fiction writer? I don’t think so. I couldn’t come up with stuff like this if I tried…..

Growing up. my mother hid my brother and me so that our father couldn’t find us. They had battled long and 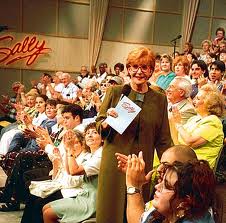 hard in the courts for years. But, at the last-minute, right before I had to march into court and pick which parent I would live with, something happened and my custody was granted to my mother. The story of what a liar I was back then is here. The reprieve saved my sorry little rear-end, but it also metaphorically sealed my father out of my life growing up.

Being an abused kid, I imagine I did what other children in my shoes did, and that was to put my absent father on a pedestal in my head. Every time my mother or stepfather displeased me in any way, I would simply assure myself that my father would have never done that, or said that, or treated me that way, etc., etc.,….He became second only to God in my head and in my heart. Kind of a sweet gig for him, if you ask me.

Unbeknownst to me, my father’s life had taken a turn for the worse after the divorce, and the subsequent losing of the custody battle, and he had turned to drugs and loose living..ha, ha. I always wanted to use that term. Anyways, he basically had disappeared from the earth. He was nowhere to be found.

Fast forward to my early twenties. Living in abject poverty, with yet another brand new tiny baby, I was sitting in my living room of the tiny duplex my ex and I rented, visiting with Audra. At the time, D. (my ex-husband) and I were unable to afford food, much less cable, so I was stuck watching whatever the one channel I could pick up on my tiny little black and white tv was broadcasting. And this afternoon, it was showing The Sally Jesse Raphael Show. Not particularly interested, I wasn’t paying it all that much mind, until they started playing a news report. And there was my father, nervous and agitated, explaining to a news reporter why my aunt had just tried to remove her own breast implant in the public bathroom at a local hospital.

Aud and I just sat there in a daze. The first part of the show was dedicated to my aunt, who had become an advocate for breast implant removal. I guess some of her story would be appropriate right about now.

To protect the innocent, I will call my aunt Mary. Mary is my father’s older sister, and I have some excellent Aunt Mary stories. Just like the rest of us, Aunt Mary is a storyteller. But she takes it one step further…she is a storymaker. Aunt Mary has always been a beautiful woman, but it is my opinion that she never really felt like she was all that attractive. In her quest to be all that she could be, she had surgery on her breasts to enlarge them. She, like most of the women on my father’s side of the family, was twiggy thin, with not much of a rack going on. But, thanks to modern technology, and an understanding…enthusiastic…husband, she had that little genetic blunder corrected. But, her health started to decline right after that, and after extensive tests and research, it was theorized that her implants were making her sick. But while she had no problem finding a doctor to shove those suckers in there, she was having a really, really hard time finding a doctor that would take them back out again. It seems that right about the time her implants were being suspected of foul play, the FDA started putting out information on leaky implants, and doctors everywhere were steering clear of having anything whatsoever to do with them.

After years of trying to get a doctor to care more about her health, and less about his malpractice insurance, Aunt Mary had been jerked around enough. She called her brother, my father, one evening, insisting he take her to emergency room. Being the good brother that he is, he scooped her up and took her in. After registering, Dad went to sit down and wait, and Aunt Mary excused herself to visit the ladies’ room.

That is when the horror show began. As it was told to me, Aunt Mary had brought a scalpel with her, and while in the facilities, she’d sliced one of those evil implants from the top of the mountain to the valley down below!! Then, bleeding and alarmingly cheerful, she headed for the first nurse, who immediately took her to a room…The doctors removed her implants the very next morning, and then asked her to never return to their hospital again.

My poor Dad had no idea Aunt Mary had come up with this somewhat horrific plan, so when the reporters were sticking their microphones in his face, you could tell the man was still grappling with what had just happened. But, if we are nothing, we are loyal in this family. Even to the loony tune ones…Dad valiantly declared the doctors to be the ones at fault, and had they been more interested in taking care of their patient and less about how much money it might cost them in the end, his sister “wouldn’t have had to cut off her own tit.” Yes, that is a direct quote. Dad calls a spade a spade, that’s for sure…

Over the next couple of years, Aunt Mary showed up on quite a few talk shows, and she took the media’s cruel hearted jabs in stride. The up side, for me though, was that because of that bizarre decision to remove her own breast implant, I was able to find my father again. And while we have lost touch with one another off and on over the years, I have to say that I feel more complete…happier…more connected. I mean, I fit right in to this family!!

So, that is how I found my dad the first time — Breast Implants and Sally Jesse Raphael!!